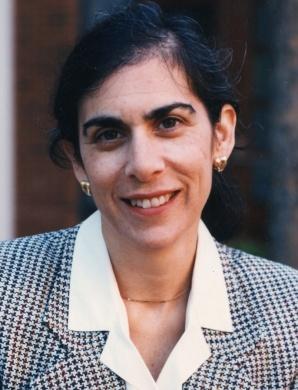 A native of Troy, New York, Amy Laura Wax received a B.S. summa cum laude in molecular biophysics and biochemistry from Yale in 1975. She was then a Marshall Scholar in Philosophy, Physiology, and Psychology at Somerville College at Oxford University. She earned an M.D. from Harvard Medical School in 1981, training as a neurologist, and received a J.D. from Columbia in 1987, where she was an editor of the Law Review. She was a Law Clerk to the Honorable Abner J. Mikva, U.S. Court of Appeals for the District of Columbia Circuit from 1987-88. From 1988-94, she served as Assistant to the Office of the Solicitor General in the U.S. Department of Justice, where she argued 15 cases before the United States Supreme Court. Wax was a member of the Legal Affairs Committee, American Academy of Neurology from 1986-1992. In 1994, she joined the faculty of UVA. She taught courses in civil procedure, labor law, and poverty law and welfare policy. She became Class of 1948 Professor of Scholarly Research in Law from 2000-01. After becoming a visiting professor to Penn Law School in 2000, she joined its faculty in 2001.