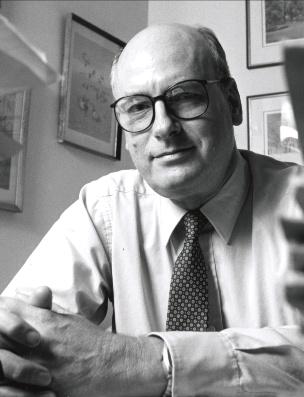 “It’s frustrating, heart-rending and difficult.  It’s also exciting because the prospect for excellence is stunning and wholly unprecedented.”  For 36 years, from 1966 to 2002, Albert R. Turnbull experienced these sentiments each year as he oversaw the admission of student to the University of Virginia Law School.  In his capacity as Associate Dean for Admissions and Placement, Turnbull was largely responsible for shaping the culture, student body and graduating classes of the Law School.  Turnbull received his A.B. from Princeton in 1959 and his LL.B. from UVA. After graduating from the UVA Law School, where he won the Lile Moot Court Competition in 1962, he embarked upon a clerkship with U.S. District Judges Thomas J. Michie and Ted Dalton for two years.  He then entered private practice for two years in Norfolk, Virginia before returning the University of Virginia Law School to take over the admissions and placement process.

As Associate Dean for Admissions and Placement, Turnbull played a major role in shaping the Virginia Law environment and setting a tone of civility and excellence for the institution.  He also shared his ideals with many students by teaching Professional Responsibility for 30 of his 36 years on the faculty.  Known as the “Dean of Deans” by his peers at other law schools, Turnbull was recognized nationally and consulted frequently.  His contributions to the Law School Admission Council ranged from chairing committees and serving on the Board of Trustees to assisting in the creation of the Law School Data Assembly Service, a tool that admissions offices at every American law school use to evaluate an applicant's transcript, GPA, LSAT scores, and other factors. His law school class honored him at its fortieth reunion by renaming its class scholarship “The Class of 1962 Albert R. Turnbull Scholarship.”