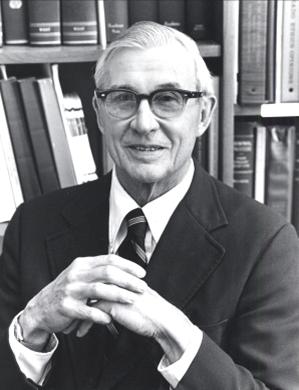 Peter Manson was born in Georgia in 1918 and graduated from the University of Florida with a B.A. in English in 1940. Shortly after graduating, he joined the Army as a second lieutenant in the Field Artillery. He attended the University of Virginia  School of Law from 1948 to 1951 and was elected to the Order of the Coif. After graduating in 1951, he transferred to the Judge Advocate General’s Corps and served in Maryland, Korea and Japan. Manson returned to Charlottesville in 1955 and spent the next five years at the Judge Advocate General’s School. He retired from the Army in 1960 to join the law faculty at the University of Virginia. Manson taught courses in criminal law, criminal procedure, and agency and partnership.