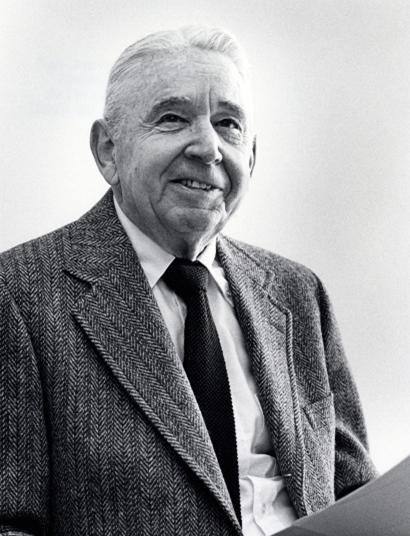 John Ritchie III (Jack) was born in Norfolk, Virginia. He studied at the University of Virginia and took a B.S. in 1925 and an LL.B. in 1927. Jack Ritchie began and ended his long, outstanding career in legal education at the University of Virginia. A member of "The Celebrated Class of '27," he was book review editor of the Virginia Law Review and member of Order of the Coif, Phi Beta Kappa, the Raven Society, the Jefferson Literary Society, Alpha Kappa Psi, and Omicron Delta Kappa. In 1931 he earned a J.S.D. from Yale University. After practicing law briefly in 1927 and 1928, Ritchie taught law at Furman University, Washington University in St. Louis, and University of Maryland before returning to teach at his alma mater in 1937. During World War II he served as colonel in the Judge Advocate General's Corp and was awarded several decorations.

In 1952 he left Virginia to serve as dean at Washington University in St. Louis and the University of Wisconsin. In 1957 he became dean at Northwestern University where he remained until mandatory retirement in 1972. He became the first John Henry Wigmore Professor of Law at Northwestern in 1966. Jack Ritchie was a well-loved dean at Northwestern. According to The Northwestern Reporter, he possessed "an unusually happy blend of wisdom, patience, and warmth." During his deanship the faculty grew in size and reputation, and new facilities were constructed. "His years at Northwestern will be remembered particularly for his devotion to students and for the strengthening of the School's relationship with alumni . . ." In addition to his administrative duties, Ritchie taught trusts and estates, and along with co-authors Neill Alford and Richard Effland, wrote the casebook, Decedents' Estates and Trusts, which appeared in seven editions from 1955 until just after his death in 1988. He was president of the Association of American Law Schools, national president of the Order of the Coif, member of the American Law Institute, and life fellow of the American Bar Foundation. When he reached the age of 68 and had to retire from the deanship at Northwestern, Ritchie returned to the University of Virginia, taught full-time for two more years, and then became Scholar-in-Residence. In addition to Trusts and Estates, his courses included Future Interests, Wills & Administration, and Fiduciary Administration. An extraordinarily active man, Ritchie was not entirely "in residence," because in the next three years he visited at the University of Tennessee, the University of Oklahoma, and the College of William and Mary. In the mid-1970s he began work on a history of the University of Virginia Law School, The First Hundred Years, published in 1978. For the rest of his life Ritchie remained active in the American Bar Association and the Virginia Bar Association, worked occasionally as a consultant in trusts matters, and served on the board of The Foundation Press.

The First Hundred Years: A Short History of the School of Law of the University of Virginia for the Period 1826-1926 (University Press of Virginia, 1978).