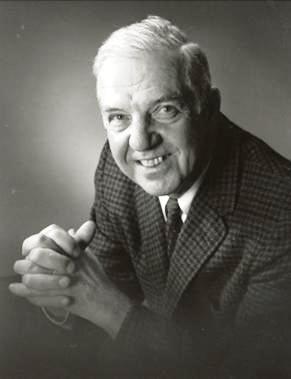 A native of Salem, VA, Woltz received his B.A. from the University in 1934 and was elected to Phi Beta Kappa, the Raven Society, Eli Banana, IMP Society, ODK, and the 13 Society. In 1937, after serving as editor of the Law Review and being elected to the Order of the Coif and Phi Delta Phi, he took his law degree. After graduation, he practiced in Richmond with Christian, Barton, & Parker until World War II, when he served in the U.S. Army and rose to the rank of major.  A member of the Law School faculty from 1947 until his retirement in 1979, Woltz served as assistant dean, special counsel to the University Board of Visitors, and as the official court reporter for the Virginia Supreme Court. He taught Criminal Law, Negotiable Instruments and Sales and is remembered for the high standards he set for his students.

Woltz received the Alumni Association’s Distinguished Professor Award for outstanding classroom performance in 1969 and the Thomas Jefferson Award in 1976, considered the University’s highest honor. He served as commissioner from Virginia to the Commission on Uniform Laws from 1988-91. Active in civic affairs, Woltz was president of the Virginia School Board Association and of the Charlottesville Albemarle Historical Society, as well as a member of the executive board of the Lutheran Church of America. Considered by many the consummate Virginia gentleman, Woltz was remembered as a demanding teacher whose exams were among the Law School’s most difficult. Generations of admiring students called him “the alligator” because they had been caught at least once in his powerful intellectual jaws, to be released later, unharmed, and wiser for the experience. Woltz died in 1996.

Proceedings and Debates of the Senate of Virginia Pertaining to Amendment of the Constitution (editor) (Virginia General Assembly, 1971).

Proceedings and Debates of the Virginia House of Delegates Pertaining to Amendment of the Constitution (editor) (Virginia General Assembly, 1971).