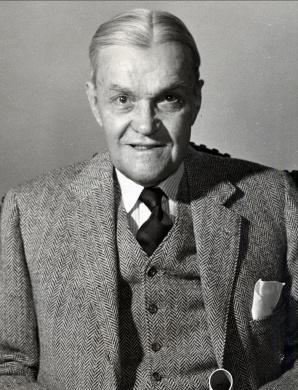 A native of Norfolk, Virginia, William White received his LL.B. from the University of Virginia in 1905. He spent a year in a New York law office but returned to Norfolk where he was associated with the firm of White, Tunstall, and Wilcox. In 1907 he became a member of the firm of Loyal, Taylor and White in which he continued until World War I when he joined the legal staff of the U.S. Shipping Board Emergency Fleet Corporation, of which he eventually became general counsel. He resigned in 1919 and, with some former associates, established a law firm in Washington. After receiving a B.A. and S.J.D. from National University, he returned to UVA Law School, where he served first as lecturer in law from 1936-1938 and then as Professor of Law from 1938-1951. The courses he taught included Insurance, Admiralty, Criminal Law, Business Associations, Taxation, and Legal Ethics. From 1942-1945, he served as Acting Dean. F.D.G. Ribble later described him, “When he had reached the time when many men think of retirement and ease he took up another obligation, that of professor of law. He added dignity and effectiveness to the Law School of the University of Virginia…A striking feature of Billy White was loyalty—loyalty to his friends, loyalty to his University, loyalty to his state and nation. He served the nation very effectively during war time and in peace. In his last years he retired but kept in constant contact with the Law School and was always a faithful and wise advisor to law students and to persons who were in need of help and wisdom. His name will long be remembered among persons who have made the University of Virginia great.”

White had served as president of the General Alumni Association of UVA and for years was a member of the Alumni Board of Trustees of the UVA Endowment Fund, at one time serving as its secretary-treasurer. He was on the executive committee of the Law School Foundation, a member of the Law School Council, and chairman of the Athletic Council. He served for a time as director of placement for the law school. In 1956 he was awarded the Algernon Sidney Sullivan Award. He and his family also established the William H. White lectureships in law in honor of his father, who was a longtime member of the Board of Visitors. William H. White, Jr. died in 1963.

Certificate of Incorporation, Minutes of Directors and Stockholders Meeting and Other Corporate Forms (compiler) (Burgess, 1946).