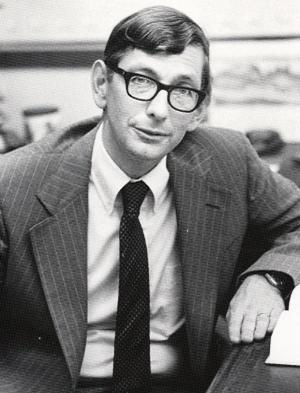 A native of Washington, Wenger earned a B.A. and J.D. from the University of Washington and an M.L.S. from Simmons College in 1969. Larry B. Wenger served as a law librarian and professor of law at the Law School from 1976-2002, and now teaches Historic Preservation Law. Wenger came to Virginia after spending two years at the Harvard University Law School and seven at the State University of New York at Buffalo, where he was law librarian and associate professor of law. He has served as a consultant to the Indiana Supreme Court, the Virginia attorney general's office, and the law schools and law libraries of several institutions, such as Cornell, Loyola, and Ohio State.

Wenger is active in a number of organizations involved with issues pertaining to law libraries and legal information, particularly the American Association of Law Libraries and the International Association of Law Libraries. He served as president of the International Association of Law Libraries from 1995-2001, and as a member of its Board of Directors from 1991-2004. In those roles, he worked to diversify the membership of the organization and encouraged law libraries in developing countries. Wenger has been involved with historic preservation law for approximately 25 years, and has taught or co-taught the seminar on historic preservation law since 1992.  He has served as executive director of the National Center for Preservation Law. He was also an editor of the Marine Affairs Bibliography.

Why Microforms in Law Libraries?, in Courts, Law Libraries and Legal Information in a Changing Society 148-163 (International Association of Law Libraries, 1984).