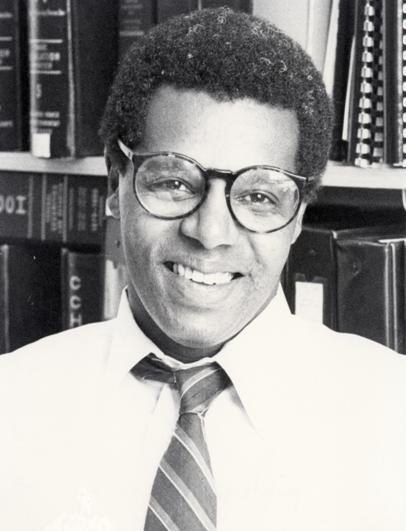 Thompson earned a B.S. from West Chester University in 1965, an M.A. in Applied Economics from the University of Pennsylvania’s Wharton School and Graduate School of Economics in 1969, a J.D. from the University of Pennsylvania Law School in 1971, and an LL.M. in taxation from New York University in 1973. Between his first and second years of law school, he served for three years in the U.S. Marine Corps, rising to the rank of captain. He received the Navy Commendation Medal for service in Vietnam. In 1971-72 and again in 1975-76 he was an associate with Davis Polk & Wardwell in New York, and from 1973 to 1975 he was an assistant and an associate professor of law at Northwestern University School of Law. He served as an attorney-advisor in the Office of Tax Legislative Counsel and International Tax Counsel for the U.S. Treasury Department (1976-77). He then joined the faculty at the University of Virginia School of Law as a professor. For the next nine years, Thompson was the Partner-in-Charge of the tax department at the Chicago law firm of Schiff Hardin & Waite.

Branch or Subsidiary: A Comparative Study of the Tax Implications of Direct Investment in the United States, Tax Mgmt. Int’l J., May 1980, at 16-20, 31.