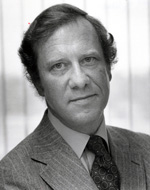 Graham Lilly graduated from Virginia Tech in 1960 and the University of Virginia Law School in 1963, where he was a member of the Order of the Coif and the editorial board of the Virginia Law Review. He then joined the law firm of Covington & Burling in Washington, D.C. until he was called into the Army in 1964 and served three-and-a-half years in the Judge Advocate General’s Corps.  This service included a position teaching military law at the JAG School in Charlottesville.  Lilly joined the Virginia Law faculty in 1967 and enjoyed a long tenure teaching Evidence, Civil Procedure, Federal Courts, Constitutional Law, and Conflict of Laws.  He became Henry L. and Grace Doherty Professor Law in 1980 and in 1987 was appointed to the Armistead M. Dobie Professorship. From 1992 to 1995, Lilly held the Class of 1948 Research Professorship. His Principles of Evidence remains one of the most popular hornbooks for several generations of law students, and he also published An Introduction to the Law of Evidence and The Appellate Process and Staff Research in the Supreme Court of Virginia.

Lilly held a number of administrative positions in the Law School and at the University, including Assistant Dean (1969-1973), Executive Director of the Law School Foundation (1973-1976), Associate Dean for Academic Affairs (1986-1989), and Associate Provost of the University (1989-1990).  Described by former Dean John C. Jeffries, II, as “the soul of the law school,” Lilly devoted forty years of instructional and administrative service to Virginia Law.  As the student body grew, Lilly was one of the first to see the need for first year sections in order to maintain the sense of community in which Virginia Law prides itself.  Despite the changes over the years, he observed that one thing has always remained constant:  “The proportion of people who support this law school with their funds and their energy and their talent is extraordinary.”  Lilly’s service to Virginia Law certainly makes him a member of that extraordinary group.